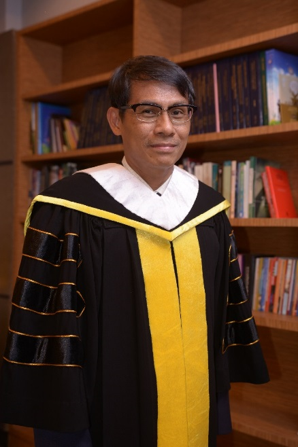 Message from the Dean

“Assumption University Law School does not give you only legal knowledge, but also entrepreneurial mindsets and work competencies for sustainable growth of graduates and the country in global connectivity.” 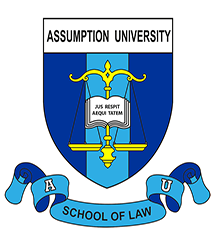 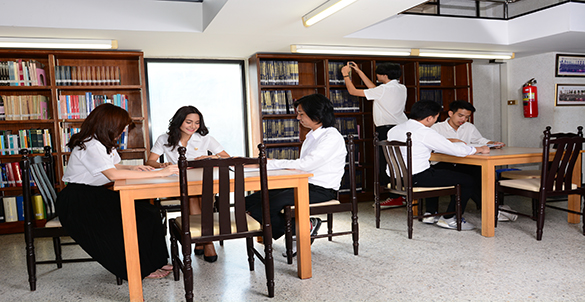 School of Law, Assumption University was established in June 1992, as the eighth school of the University. The objectives of establishment are to produce graduates in legal profession specializing in business law. The School emphasizes on its graduates to be fulfilled with knowledge, competency in business law, general law, and effective English skills, being qualified, moral, ethical persons, and capable to perform their legal profession correspond to political and economic conditions, and the needs of society. Our School also aims to promote and develop law graduates who demonstrate professional ethics, are of good moral character, have high integrity, uphold justice, and are socially responsible in order to be a good role model in legal profession. In 2002, the School has launched its first Graduate program, a Master of Laws degree in Business Law for Thais who want to develop their skills in both law and business in various fields of legal study such as law on industry, finance, banking, import-export, investment, international trade, and so on. The School has later developed its curriculum to further provide the Master of Laws degree in Public Law, Master of Laws degree in Business Law (English Program), and Master of Laws degree in Taxation Law. In 2011, the School proudly presented the Master of Arts program in International Law and Diplomacy and included a newly developed course of ASEAN laws into its curriculum in both undergraduate and graduate levels of the study in response to political, economic, and social changes accelerated by ASEAN cooperation in 2015. In academic year 2014, basing on the quality assurance modifications newly adopted by the Office of Higher Education Commission (OHEC), the School has adjusted its program faculty members in the three programs (i.e. Public Law, Business Law, and Taxation Law) accordingly. Also, the School decided to stop its operation of the Public Law and Taxation Law programs to advance its administration efficiency due to new market needs.
EN